I caught a bit of Wordcamp US live feed this morning, starting with a talk by Sal Ferrarello on why WordPress developers should also be bloggers. Sal inspired a few thoughts of my own.

How did you come to WordPress? For many in the WordPress community, especially the do-it-yourself-ers who have no interest except to maintain their own website, you were using WordPress to blog before you ever considered customizing the theme or making unique pages. For the website designer or developer, however, our path to discovery tends to be driven by the needs of our customers.

My discovery started in about 2008 with a brother asking me which I thought was better for him to use for his own site, Joomla or WordPress. I was building Facebook apps at the time and hadn’t been building sites for clients in about eight years, so I hadn’t heard of either at the time. That didn’t stop me from realizing the incredible value WordPress was for developers and it wasn’t long before I pivoted away from Facebook development to building client projects in WordPress exclusively.

It was probably four or five years later, however, before I wrote my first actual blog post. I was never a blogger, I was a developer. I didn’t have time to blog. Besides, what would I write about, I’m a boring developer. [Side note: Interesting parallel to my current excuse for why I don’t use Instagram more.]

Eventually I was pivoting away from being a freelance developer to bootstrapping an agency and started paying attention to marketing, more specifically the eventual buzz word worthy inbound-marketing.

I started adding how-to articles on my website. Usually I was explaining to myself how I did something interesting to me. They were also based in tools I used and was often a recommended developer for.

The benefit to me was not in large amounts of traffic to my blog. There’s no one in the world who understands what web developers do who would consider me a guru. But time after time, as potential clients would find me through Google searches on the issue they were having. Finding my article added credibility when they later considered hiring me.

I’ve also shared that proud moment Sal referred to in his Wordcamp talk when Google directs you back to your own article that you hadn’t even remembered writing.

Read Sal’s accompanying article for his WCUS 2016 talk, How Blogging Helps Me as a Developer. 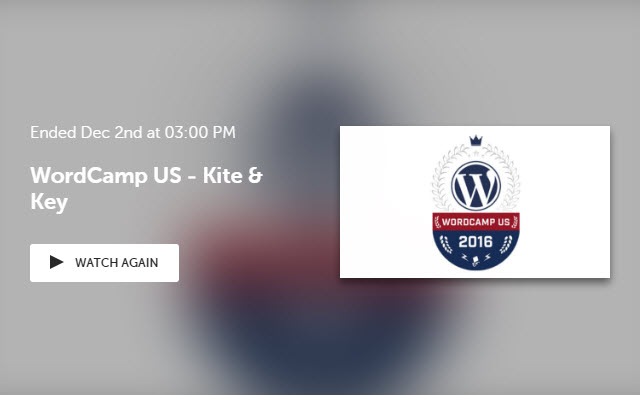 I know I wrote about this as past tense, but I still write on. Different brands and different goals, even using better authors whenever possible, but the value of inbound marketing to the developer far outweighs the time loss.

What’s your experience been?

Chief brainstormer at I'm Not Marvin, a development agency specializing in WordPress Applications. I've been in web development in one form or another since the late 90's. If I can't be reached I'm probably hitting the trail on my mountain bike.